Why is the American Healthcare System So Expensive? Ask the People who Pay for It.

One of the few things Americans of all political stripes can agree on in our 30 year old debate over healthcare is that it’s too expensive. In 2018, healthcare spending in the United States was $10,500 against an OECD average of $3,994.

What is the subject of debate is why we pay so much. On the latest episode of You Don’t Have to Yell, the Data Monkey joined me to parse through the state of healthcare in the United States like a crack team of forensic accountants (the really cool kind) and figure out what we get for our extra $6,000 per person premium.

You can listen below, on Spotify, iTunes, or wherever your bad self gets your podcasts.

Common Explanation #1: America Underwrites Research and Development for the World

One argument for the high prices Americans pay for healthcare goes something like this:

Drug companies spend millions of dollars developing new drugs, and need to recoup these costs. With price controls in other rich countries, drugmakers first sell their drugs in an unregulated US market to make up their investment, which allows them to sell these drugs cheaper worldwide.

Pharmaceutical companies do spend more on R&D than most industries - with one survey showing spending at around 20% of revenue. To put that in perspective, Lockheed Martin, manufacturer of supersonic fighter jets, spends around 2%.

This marketing spend works, in the sense you and I can probably rattle off the brand names for drugs for AFib, moderate to severe plaque psoriasis, and a certain kind of dry eye despite suffering from none of the above. 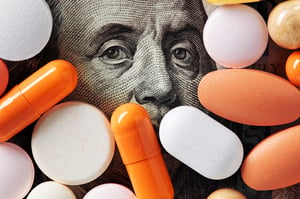 It doesn’t work, in the sense that we have patients who haven’t gone to medical school encouraged to ask their doctors about drugs they don’t need.

Add this to the fact Americans pay more for drugs that have been in existence for decades, such as insulin, than citizens of other countries, and the “recoup our investment” argument falls flat.

With all this, as a percentage of all healthcare spending, spending on drugs in the United States is one of the few places where Americans come out on the lower end of the scale, with around 12% of our healthcare dollars going to prescription drugs, as opposed to 16% in Canada in 2019.

What this means is - even while paying enormously higher drug prices than the rest of the world - it doesn’t make the largest contribution to the cost burden of healthcare in the US.

If we judge the quality of healthcare as “fewer people getting sicker and dying”, Americans aren’t getting their money’s worth.

A study by the Kaiser Family Foundation showed the US ranked below average in all but two categories on health outcomes. It’s also noteworthy that the US has fallen further behind peer countries in premature death rates in recent years - a fact attributed to the opioid epidemic, which can be attributed to pharmaceutical companies encouraging the prescription of painkillers patients didn’t really need.

Looks like those big marketing budgets paid off after all!

So - where does the money go?

While there are obvious cases of price gouging by hospitals and pharmaceutical companies that drive up the cost, these costs wouldn’t be so high if there wasn’t someone to pay for it. A large portion of health spending in the United States is covered by insurance, and the costs are often buried in rising premiums.

What’s also buried in premiums are administrative costs that exceed those of other countries and - for that matter - America’s own government sponsored healthcare.

According to a study by the Annals of Internal Medicine, insurers charged Americans $2,500 per head in administrative costs, as opposed to the $550 per head spent in Canada - amounting to 7.9% of all health expenditures here, versus 2.8% in Canada. 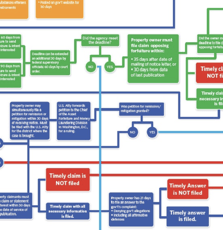 If we break that number down to public versus private insurance, the administrative costs of Medicare and Medicaid range between 2% and 5%, while private insurance ranks around 17%. Private insurers do pay providers more, and Medicare, on a per capita basis, is slightly more expensive than private insurance, however Medicare’s costs are largely due to having an older, sicker population.

Effectively, those of us on private insurance plans pay 12-15% more to have our HMO pay our bills.

In addition to administrative costs charged by the insurance companies themselves, doctors also have to employ full time billings and collections staff simply to receive payment from insurers - often having to speak with multiple plans with different rules. This, of course, gets factored into what doctors’ charge for their services, meaning consumers pay for it.

America’s healthcare system is complex, and it’s not realistic to assume fixing it will be easy, but few would argue the path we’re on is sustainable. Based on the above, there are a few policies that could be implemented to help stop, if not reduce, the cost of medical care:

Introduce a Public Option - A concept originally excluded from the Affordable Care Act, this would allow the government to introduce its own health plan to compete with private insurers. Given the government has already proven it can administer quality healthcare more efficiently than private insurers, a public option would force insurers to administer their plans more efficiently, driving premiums down.

The Swiss Option - Switzerland has a healthcare market similar to ours, and an individual mandate similar to that of the ACA. The one exception is that all health insurers must be not-for-profits.

There’s evidence the introduction of for-profit insurers in the US negatively affected the market, and making this change in our system would keep a thriving private insurance sector that’s beholden to policyholders, as opposed to shareholders.

As stated in an earlier blog article, if we merely brought America down to the second most expensive healthcare system in the world, we’d introduce $1 trillion back into the economy - approximately 5% of GDP. With the growing burden of servicing an aging population in the coming years, this might be enough to avoid the next crisis.