How to Improve Health Care and Save $1 Trillion | YDHTY, EPisode 54 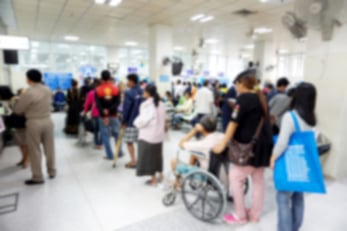 In a report on the quality of healthcare across Canada’s provinces and territories, the Conference Board of Canada graded the country’s healthcare system against a number of “peer countries”. The scale started with Sweden, the highest rank, and ended with the United States.

As with our love of guns, America’s resistance to guaranteeing health coverage to all of its citizens has always been a head scratcher for those in other wealthy nations. Both are rooted in a general resistance to government involvement in our lives - the core argument against universal healthcare being decisions should be made by an individual and their doctor, rather than by a government bureaucracy.

Opponents to universal healthcare argue that America’s free market driven system results in greater innovation and better quality healthcare for all, and fire back with their own sliding scale that puts America at the top, and everyone else waiting in line until they’re either denied treatment or die.

When JM Creviere, Green Party candidate for Michigan’s 2nd Congressional District, suffered an injury on the job, he had a unique opportunity to vote with his feet by either receiving treatment in the US or going to his birth country of Canada. We discussed his experience, his transition from Reagan Republican to Green Party member, and some of the environmental issues facing the second district in this week’s edition of You Don’t Have to Yell.

You can listen below, on Apple Podcasts, Spotify, or wherever your bad self gets your podcasts.

VOTING WITH YOUR FEET

In 2010, while working as a taxi driver, Creviere was rear-ended dropping off a fare. One week later, he found himself in the hospital with numbness on one side of his body.

The week after that, the numbness switched sides.

While uninsured, he was eligible to receive treatment via workers compensation. Despite still feeling numbness after going through physical therapy, the doctor he was assigned said he couldn’t find anything wrong with him

One year later, after moving to Canada for work, Creviere found himself on the floor of his apartment in pain. After consulting with a doctor and receiving an MRI, they discovered a cracked vertebrae.

In time and with proper treatment, the pain went away.

Stories such as Creviere’s aren’t unusual in America’s healthcare system. For many Americans, preventable conditions go without treatment due to the fact concerns about costs override medical ones.

A report by the National Center for Health Statistics in 2015 showed that 8% of American adults don’t take their required medications because they can’t afford them.

This being said, the debate over healthcare in America isn’t about whether it would be nice not to have to worry about medical bills, but whether we can trust the federal government to manage it better. In 2018, Americans spent $3.6 trillion on healthcare - a number close to the entire federal budget that year.
As unique as Americans’ low level of trust in government is our high level of trust in the ability of the free market to regulate prices and improve quality.

In the case of healthcare, this has created an unusually inefficient market. While the average wealthy nation spent 8.8% of GDP on healthcare in 2017, the US spent 17% - ranking number one on the list in terms of total spending. To put that in perspective, Switzerland - number two on the list and the system the Affordable Care Act is based on, spent about 12%.

To put that another way, if US healthcare spending were at the level of Switzerland, there would be an extra $1 trillion freed up for Americans to spend on other things.

Where the free market fails 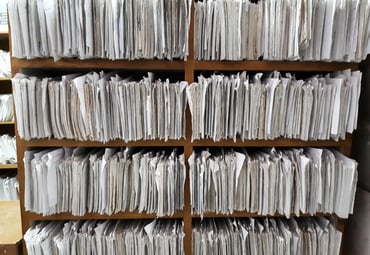 Markets operate efficiently when governed by the laws of supply and demand, which is why we put regulations on monopolies who might use the lack of competition to artificially inflate prices.

In the case of healthcare, we have a market where the chief competitor is the patient’s desire not to get sicker and die and, even in the presence of this competitor, many are forced to choose the latter. A recent Gallup poll found 34 million American adults know someone who died after being unable to afford treatment.

Despite this built in advantage, the industry still takes other methods to reduce competitive forces that might reduce prices. In June of 2020, for instance, 46 states filed suit against a number of drug makers for colluding to fix prices on common medications.

The narrative that we’re choosing individual freedom over government bureaucracy fails to recognize that we’ve merely traded a public-sector bureaucracy for a private sector one. In the case of Creviere, his doctor was ultimately employed by Canada’s public health system which, in turn, was accountable to the voters who wanted quality health care.

In contrast, his doctor in the United States was ultimately employed by an insurance company, which was accountable to shareholders who wanted higher profits.

The issue isn’t necessarily that governments in and of themselves are bad at managing health care, but that the US government isn’t all that accountable to the voters. Healthcare is the second highest industry group in terms of spending on campaign contributions and lobbying, having spent almost $1 billion on lobbying and campaign contributions during the 2018 midterms.

It’s also notable that, as the Affordable Care Act appears less likely to be repealed, said spending has tilted more in favor of the Democratic Party in recent years. Americans should be suspicious not because government’s incapable of administering quality health care, but because the decisions their government makes around it are more likely to favor those who fund their campaigns.

As with our choice to pay for health care or die, our choice in government are two parties who’ve created a political market free of competition. Ballot access laws, gerrymandering, and other forms of political gimmickry have created an environment where Americans often need to vote for the least worst choice, as opposed to the best.

This creates an environment where elected officials can primarily serve the donor class and still be re-elected for being the lesser of two evils.

In looking to address the environmental issues posed by industry and agriculture in Michigan’s second district, Creviere faces an uphill battle against a 20 year incumbent in a district held by a Republican since 1935. Polling shows Michigan voters want more environmental protections for the Great Lakes, a top priority for Creviere.

If only it were the voters electing people to Congress.