That Person You Disagree with on Social Media | YDHTY, Episode 51

At one point or another, you may have found yourself in an interminably long political debate on social media. Chances are, it was with someone you graduated high school with or an old college buddy posting something you didn’t like on a subject such as climate change or Black Lives Matter.

Assuming this exchange didn’t descend into outright name calling, it probably went something like this:

Whatever the subject was about and whichever side you were on, the debate probably did little to sway your opinion or help you both reach a consensus on the issue.

After having one such debate two years ago with an old friend from college, I came to the realization that the predominance of hyper-partisan content on television and social media created a situation where Americans to inhabit two separate factual universes - both seemingly as valid as the other. This was one of the catalysts behind the creation of You Don’t Have to Yell, and the aforementioned old friend from college was one of the first people I interviewed.

The original goal of the interview was to see if we could find some shared source of truth to base discussions on. Instead, I learned some unexpected lessons on how people form opinions, and some of the factors that make politics in the current era so divisive.

In honor of YDHTY’s one year anniversary in August, I invited him back to redo our discussion so you wouldn’t have to listen to me stumbling over my words or learning how to speak into a microphone without sounding like I was making an obscene phone call. We’re calling him “John” for the sake of this post, to spare him any trolling.

You can listen to the full recording below, on Apple Podcasts, Spotify, or wherever your bad self gets your podcasts.

LESSON 1: People often have logical reasons for thinking the way they do 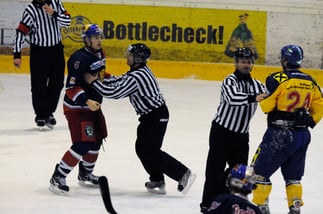 In any political discussion, we tend to focus on the conflict point without looking at how both parties arrived there in the first place. Political opinions rarely occur instantly or in a vacuum, so any disagreement you’re having with someone typically is contradicting years of information and experience that brought them to an entirely different conclusion.

While there’s a natural tendency to assume the person you disagree with isn’t doing their research or looking at the wrong sources (John - I’m writing this sentence specifically for you), you kill any chance of reaching some sort of common ground by making the conversation about whether they’re qualified to reach their own conclusions, rather than about the conclusion they reached. This also leaves you wide open to the effects of confirmation bias, where the only information you consider valid is that which corresponds to your opinions.

As a child, John’s family struggled financially during all but the Reagan Era. He often went home to find nothing but cottage cheese in the fridge.

After working his way through college and graduating early, John worked his way to an executive level position in IT, and eventually started his own business.

The arc of John’s life is exactly how most of us feel the American system should work - where the circumstances you’re born into don’t dictate where you’ll end up, provided you put in the effort.

After the passage of the Affordable Care Act in 2010, John’s insurance premiums skyrocketed, and he was forced to close his business.

We can split hairs over why his insurance premiums went up and the number of people the ACA helped. We can also agree that democracy is a system where the voices of those slighted by certain policies have equal sway, and can’t fault John for voting in his own best interests. 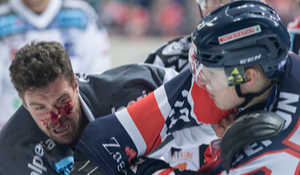 As we’ve discussed in earlier episodes of YDHTY, the American electorate breaks down into three categories:

When you get closer to number 3, the likelihood you’ll vote at all goes down.

In the case of John, he had a great reason not to trust or like the Democrats. While he always leaned and voted Republican, he shares no love for them either.

Part of his support for Trump lies in the fact Trump is barely a Republican, and one who doesn’t seem to care how his party feels when reaching decisions. For voters like John, the goal of the Republican Party is to sow so much distrust of the Democrats that he votes Republican out of concern for his personal safety. This is why most conservative media portrays cities in chaos with the threat of an impending crime wave as left-leaning politicians look to defund the police.

The Democratic Party will counter this by focusing on Trump’s arguably ineffective response to the COVID pandemic and the economy. The goal, in their case, isn’t to woo John to their side, but to make him so disenchanted with his options that he stays home on Election Day.

The same occurs in reverse for Democratic leaning independents.

In multi-party democracies, parties are forced to campaign for your vote instead of against you voting for another. Political rivalries still exist, however candidates have to bring more to the table than being the lesser of two evils, as there are minority parties who’ll gladly tell voters why they’re the better option.

In our last episode on third parties in American politics, Professor Bernard Tamas discussed how the costs of maintaining a presence on a fully privatized national media make it prohibitive for all but large parties, leading to the lack of smaller minority parties in the United States.

With the advent of social media, fully privatized news outlets also mean clickbait is often more valuable than what’s newsworthy. On Facebook, for instance, stories that receive more likes, comments, and shares will be given better visibility than stories that might have actually been read.

This is an environment where smaller, online news outlets with a greater focus on sensationalism thrive, amplifying the effects of negative partisanship. It also means that if your old friend from college shares a picture from his kid’s hockey tournament and follows up with an article from Breitbart, you’re more likely to see Breitbart.

As a result, social media often exposes the areas where we disagree the most, as opposed to its stated goal of strengthening connections.

Wrapping this diaper up.

We have a political system where creating distrust is incentivized.

We have a media landscape where the ability for content to evoke an emotional response is rewarded rather than its validity.

One of the primary ways we stay connected also happens to be the place where Americans get 62% of their news.

If this isn’t the pinnacle of shaking the jar until the bugs fight, I don’t know what is.

If this episode proved one thing, it’s that we can counter this effect by being curious about those we’re connected with. While the information someone shares may not be factually correct, the truth behind what led them to agree with it has probably formed over a lifetime of experience.

Be kind. Ask questions. Don’t stay connected if you don’t care about the person enough to try and understand them.

The stated goal of YDHTY is to make 2020 the last year America’s two major parties have control over the redistricting process and bring multi-partisan democracy to the nation by 2029. This will do a lot to end the divisive nature of American politics.

Until then, let’s try and behave ourselves.