For this week’s episode of YDHTY, the ante was upped by Helen Kioukis - Lead Organizer for Fair Districts New Jersey, an offshoot of the League of Women voters looking to add more transparency and fairness to a redistricting process that couldn’t possibly have less.

You can listen to the full recording below, on Apple Podcasts, Spotify, or wherever else your bad self gets your podcasts.

How the Sausage is Made 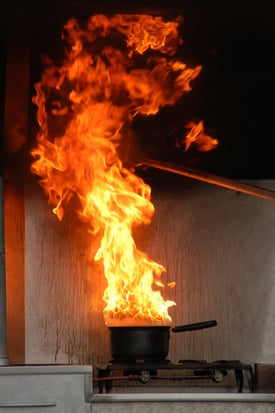 The phrase above is typically applied to laws, the idea being it’s better not to see how they’re made. In the case of New Jersey’s redistricting process, using the phrase above does a disservice to sausage makers everywhere, as the analogy implies that there’s a product people want to consume at the end of it all.

On its surface, the process for redrawing district lines in New Jersey seems like a balanced, bipartisan endeavor. A ten member commission consisting of 5 Democrats and 5 Republicans are brought together to draw out the legislative map and, in the event they can’t reach a majority vote on any proposed map, the Chief Justice of the state’s Supreme Court appoints an impartial, nonpartisan tiebreaker to pick the winner.

In practice, the process consists of a group of 5 Democrats and 5 Republicans hand-picked by party leaders meeting separately to draw out congressional maps that protect the incumbents of their party while taking seats from their opposition. Said groups historically never reach an agreement, forcing the appointment of a tiebreaker to determine which map will shape the outcome of state and federal elections for the next decade.

To put it another way, New Jersey’s redistricting process is like an episode of “Top Chef”, only a one judge panel determines what an entire state gets to eat for the next ten years, and the dishes are made by two teams of the worst cooks ever.

A study done by the Independent Voter Project showed that, since 1980, the number of competitive elections in New Jersey rarely topped 20%, usually hovering somewhere in the low teens. This effectively means elected officials in New Jersey have to worry more about pleasing the mapmakers who could carve them out of existence, as opposed to listening to their constituents.

This problem has reached such a degree that legislators have often demurred on passing laws that are overwhelmingly popular with their voters, such as the legalization of marijuana and the imposition of a state millionaire’s tax, for fear of upsetting their party’s power structure.

Fair Districts’ proposal involves creating a redistricting process similar to California’s - one that has greater transparency, protects communities of interest, and involves a non-partisan commission that represents not only Republicans and Democrats, but voters in New Jersey unaffiliated with either party (currently, the largest voting bloc in the state). This could potentially open the door for more third party candidates, or independents truly interested in representing their community.

The key difference is that California gives voters the ability to bypass the state legislature via ballot initiatives, whereas implementing this in New Jersey would require an amendment to the state’s constitution - meaning three-fifths of the state’s Senate and General Assembly would need to vote in favor of it before such an initiative could be passed on to the voters.

Given New Jersey’s state legislature has been reluctant to take on issues their voters actually like, Fair Districts’ biggest challenge is getting voters to understand why this matters in the first place. With so much of our political dialogue focused on national policy, getting voters to focus on local issues can be a difficult sell.

This being said, the current pandemic has shown people across the country the impact a state level response can have on their lives and livelihoods. As we go into the next budget cycle, states will be strapped for cash and need to make difficult decisions about what line items in their budgets need to be trimmed.

This could potentially shift voters’ attention to how the people representing them got there in the first place, and create momentum for change. This process will most likely be painful for many, but hopefully, the worst part of it all will be watching these changes being made, as opposed to the outcome.

If you're in New Jersey and interested in helping out, visit www.fairdistrictsnj.com for more information. You can also find more information on the League of Women Voters national efforts at www.lwv.org/voting-rights/redistricting