Why The Solution to Gerrymandering Might Not involve Redistricting 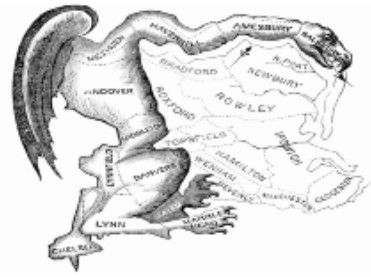 The practice of gerrymandering - that is, drawing congressional districts to either favor candidates from one party or disfavor another - is as old as the district itself. During the very first congressional election after the Revolutionary War, Patrick Henry, then Governor of Virginia, carved the districts in his state to prevent his rival, James Madison, from taking office.

At the time, Henry was able to use the votes of county delegates to Virginia’s Ratifying Convention to determine which counties would be less favorable to Madison, and made sure Madison’s district had as many of them as possible.

Since then, methods of carving districts have become more sophisticated and - in recent years - far more effective. Where even 20 years ago, parties primarily relied on voter rolls to tip the scales in their favor, the presence of vast amounts of personal data and the technology to process it has made today’s gerrymander far more precise - with newspaper subscriptions and shopping habits being used to determine the partisan lean of a given area.

With or without the presence of big data, the practice of gerrymandering is inherently undemocratic, running against the principles that elected officials should be chosen by their voters. In the case of the state legislatures in Wisconsin and Pennsylvania, gerrymandering resulted in the party that received the minority of votes gaining the majority of seats.

The Supreme Court has - rightly or wrongly - punted on the issue, leaving it up to the states to determine how to solve the problem. While electoral reform advocates have largely decried this decision, this has led to a number of different solutions that could help solve the problem. 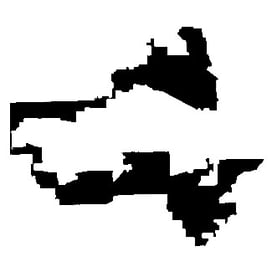 One of the biggest problems with redistricting is that its chief beneficiaries are involved in the process. 33 out of 50 states have what’s referred to as “legislature-dominant” redistricting, meaning the state legislatures are responsible for drawing the maps.

While these maps are subject to veto by the governor, in 25 out of those 33 states - or half of all states - one party holds both the legislature and the governor’s seat, making any bipartisan push less likely.

This being said, not all commissions are created equal. California, for instance, has what electoral reform advocates consider to be the gold standard in redistricting, with a 14 member commission consisting of 5 Democrats, 5 Republicans, and 4 people affiliated with neither political party.

Members are required to go through a vetting process prior to being appointed to ensure adequate distance from either major party and/or office holders.

An easier and more effective method would be for each party to submit a map and an impartial third party to flip a coin.

While the courts have largely demurred on the issue of partisan gerrymandering, under the auspices the Constitution plants this right firmly in the hands of the states, the Supreme Court has expressed support for the idea of “partisan symmetry” - the idea that the partisan makeup of state and federal congressional delegations should roughly match that of the popular vote.

The efficiency gap measures this level of symmetry by measuring the gap in a party’s percentage of state and federal representatives against the percentage of votes that party received. A wider percentage would indicate an unfairly drawn map, and be subject to change.

This would solve the issue of one party receiving an outsized share of seats in government, but could also have the effect of creating more partisan, safer congressional districts. An efficiency gap of zero would imply more Democrats and Republican leaning districts, with little attention paid to moderates and swing voters.

It also fails to take into account the fact that the electorate changes in the decade that follows a redistricting year, and a favorable congressional map in 2010 may not work as well in 2020.

Still, if the courts were to take this as a standard of measurement, it would allow more egregious legislative maps to be redrawn and ensure government reflected popular opinion.

A somewhat counterintuitive proposal, reforming how we elect people to office could effectively neutralize the effects of gerrymandering. Gerrymanders work best in winner-take-all systems like the United States, where a candidate only needs to win a plurality of votes to take office.

This makes it easier to carve districts that work against your second most powerful rival, and makes it near impossible for minor parties to act as anything but a spoiler.

Proportional representation, currently being used in countries such as New Zealand, Germany, and other places where democratic institutions aren’t on the verge of collapse, negates the purpose of gerrymandering entirely by awarding seats in government according to the percentage a party received in the popular vote.

This not only means congressional districts would be ineffective at maintaining a party’s position, but would also open the door for more third party representation - something a majority of Americans currently support.

Another reform much easier to implement in the United States is ranked choice voting, which is already law in Maine and Alaska. This allows voters to rank their candidates in order of preference so that, if no candidate has enough first place votes to put them over 50%, second and third place votes from the last place candidates are added until someone wins a true majority of voters.

While this still tilts in favor of the two major parties, it puts the focus on winning the majority of voters, as opposed to ensuring your candidate simply wins more votes than second place.

Bottom line: If we change the way voters choose candidates, it makes it more difficult for candidates to choose voters.

The Costs of Inaction

Currently, over 80% of seats in Congress are considered safe. With an approval rating that hovers in the mid-twenties, it seems less likely this is due to the fact people are really happy with the job they’re doing, and more likely that they’ve immunized themselves from public opinion.

his has made for a less responsive government, where even popular legislation such as COVID relief and infrastructure fails to get passed.

In the case of James Madison, Patrick Henry’s plan to redistrict him out of existence failed, and Madison went on to serve in Congress. Had Henry succeeded, it would have prevented the passage of the Bill of Rights.

If reforms aren’t made to our current process of electing members of Congress, Henry may end up having his way after all.