YDHTY, EPisode 34: In Which We Confront a Changed World, Which May or May Not Have Toilet Paper

The intention for the final March episode of You Don’t Have to Yell was to sit down with my good friend and regular guest, Data Monkey Mike, and cap off a month of learning what should be done to improve the quality of public education in America. In an almost laughable twist of irony, said intention was derailed when all the schools in our home state of Massachusetts were shut down due to the current pandemic, reducing the quality of public education for all students in the state as parents tried to understand fourth grade math (I may be speaking for myself here).

In place of our our planned content, the Data Monkey and I had an extensive conversation about what the current crisis revealed about the state of the world, and what predictions could be made about the coming months and years.

You can find the full recording below, on Apple Podcasts, Spotify, or any of the other numerous places your bad-ass self gets podcasts. Here’s a quick summary

The reliance on global institutions needs to be strengthened 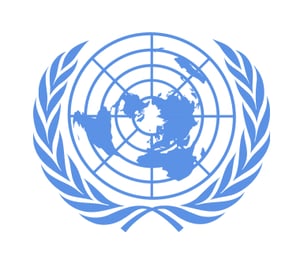 One thing that’s typified the past 4-5 years of global politics has been both a retreat from global institutions designed to provide stability and security in the post World War 2 era. Brexit, Donald Trump’s confrontational relationship with our NATO allies, and Brazilian President, Jair Bolsonaro’s acceleration of deforestation in the Amazon all point to a suspicion of international organizations as out of touch institutions that threaten national sovereignty at the expense of citizens.

The fact that the global economy has been, more or less, brought to a halt due to the health regulations of open air markets in a city most people had never heard of prior to January shows there’s no such thing as “their problem”.

Global institutions such as the World Health Organization are best suited to identify outbreaks like this and advise on measures countries should take to contain them, meaning world leaders will need to cooperate more, and “go it alone” a little less. 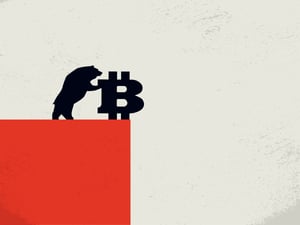 Created after the 2008 financial crisis as a way to provide an autonomous, safe form of currency free from government meddling, Bitcoin has been seen as a potential future safe haven during financial shocks, similar to gold. While the price of Bitcoin saw spikes during the Brexit referendum and the election of Donald Trump, it saw a steep decline in value as the stock market crashed this month.

While gold lost value during the crash as well, it’s since risen back to pre-crash norms, whereas Bitcoin’s price has remained depressed.

Our favorite item on the list of crazy shit people did when they thought the world was ending was the run on toilet paper that took place nationwide. At the time of writing this, by local BJ’s Wholesale Club is “rationing” toilet paper by limiting purchases to one package of toilet paper at a time.

It should be noted that a package contains 36 rolls.

There’s so much to write about this, I’m at a loss for where to start. If things are so bad that toilet paper production shuts down before you can get through 36 rolls, chances are the water will be shut off first. More importantly, if things do get that bad, you’d expect the casualty rate for COVID-19 would be high enough where the demand for toilet paper would actually decline.

Among the many things dead men are credited with not doing, going to the bathroom is one of them.

of belief that the disease was God punishing them for their sins, and I think this is sort of in that vein. Either way - if you’re looking for a replacement for Bitcoin in your portfolio, Charmin might be a good place to start.

In short, the world has fundamentally changed as of March 2020, and future episodes will be dedicated to exploring what America should be doing to adapt to the social and economic shifts that are sure to follow.

As always, you can subscribe to You Don’t Have to Yell wherever you get your podcasts, or by clicking here.