Since the end of World War 2, Soviet style communism has served as the antithesis to the freedom and prosperity promised through American capitalism. It's been such an effective boogeyman, that politicians still bring it up, despite the fact it hasn't existed for the past 30 years.

Soviet-era communism can best be described as a system where one central party, led by the politburo, is responsible for the allocation of resources, generally resulting in a small cadre of elites living in relative luxury while everyone else is given just enough not to revolt. American capitalism, on the other hand, is one where the government allows market forces and animal instincts to combine, forming a dynamic, innovative economy that results in rising living standards for all.

But what if (inhale) the data told us the outcome of both systems appeared to be the same?

In this week's edition of YDHTY, the Data Monkey joined me to present his theory on how the outcome of American Capitalism, in its current state, is more similar to our Soviet Boogeyman than anything else.

You can listen to the full recording below, on Apple Podcasts, Spotify, or wherever else your bad self gets your podcasts.

Before we get into the Monkey's bong-worthy economic theory, I need to school you liberal arts types on how the business cycle works (for those of you who studied economics or have listened to enough NPR to get the gist of it, feel free to skip to the next section).

We have people with a lot of money who want to turn that money into even more money. These are typically wealthy individuals, banks, hedge funds, or other financial entities, but we'll call them investors for the sake of this article.

Investors weigh out the returns they'll see on their investment versus the risk, and use that to determine where they want to invest and under what terms.

Then, we have entrepreneurs and business owners (we'll just refer to them as entrepreneurs going forward). These folks make more money when their business grows, and will often take money from our investors to fund hiring and other purchases. Their investors will determine what they get out of this investment (i.e. - interest or percent ownership) based on the entrepreneur's track record and likelihood of success.

The higher the likelihood of seeing a return on investment, the lower that return will be for the investors (think higher risk, higher reward).

Finally, we have people we'll refer to as workers - 9-5 folks who exchange their time to the entrepreneur in exchange for a salary or hourly wage.

The thing to note here is that everyone takes on a certain amount of risk:

If investors feel the economy is in good shape, they'll continue to lend to the entrepreneurs. Entrepreneurs, with the help of workers, will keep growing until demand for their product or service is met, after which profitability will begin to suffer, resulting in a lower return for entrepreneurs and investors.

When this happens, investors become less likely to lend, meaning entrepreneurs have less money to expand while weaker businesses fail, making it tougher for workers to find work. At this point, we enter into recession.

The good news in all this, is that most entrepreneurs don't curl up and die - only some do. Weaker businesses fail, but sound businesses increase profitability by finding more efficient ways to do business.

As they get back to profitability, they begin to hire again, it becomes easier for workers to find jobs, and investors regain enough confidence to being lending again.

The Data Monkey describes it as a process similar to pruning dead branches off of a tree.

During periods of recession, the government can help cushion the blow via two strategies:

The challenge with either of these levers is that you want to alleviate any lasting, long term economic from short term events in the business cycle while still keeping the incentive for businesses to find more efficient ways to operate and allowing the market to set wages, as opposed to having it compete with a government with theoretically bottomless pockets.

Bear Market of a Different Kind 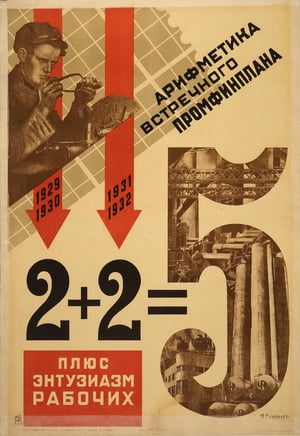 If you look at the past 20 years, America's economic history can best be described as passing large amounts of debt from one party to another.

First, banks passed debt onto consumers to help them buy houses they couldn't afford. When that didn't work out as planned, the government purchased said debt from the banks so they could remain solvent, continue lending, and keep a short term crisis of confidence from dissolving the entire global economy.

During this period, the Fed also followed the path of keeping interest rates low, with the goal of encouraging lending and business growth.

As is always the case with debt, the issue is never just the amount, but what you do with it. In the case of the US economy post-2009, this money found its way into the hands of venture capitalists, who put much of the money in the hands of the tech and life sciences sector, resulting in a slew of IPOs and the creation of wealth in America's tech hubs. It also prompted larger businesses to borrow money to finance the acquisition of other businesses, increasing profits through economies of scale, rather than through improved efficiency.

It should be noted that a smaller number of larger companies provide fewer well paying jobs than a larger number of smaller companies, so the workers - people who trade their time for money - saw the value of their time reduced.

The end result can best be described as a small cadre of oligarchs living in relative luxury, while everyone else is given just enough not to revolt.

(If the last line sounds familiar, go back to the first paragraph).

If history is any indication, oligarchs tend to be really bad at measuring exactly how much will keep people from revolting, and societal unrest causes the system to collapse. If we look at America today, much of the anger we see in the political world has its roots in the economic uncertainty created in large swaths of the country that aren't tech or finance hubs.

In the last two episodes of YDHTY, Jeff Gregory of the arch-conservative Constitution Party and Nathaniel Land of the arch-liberal Green Party found their way to parties with more radical agendas after seeing the effect the policies of both major parties had on people in their communities.

America's major parties have used this anger and the time-tested strategy of misdirection to sow mistrust of the other in the name of garnering votes or, at the very least, ensuring their competitor garners fewer. Notably, the president's campaigning against Mexicans, China, the Deep State, the press, members of his own party, and people he hired to serve in his administration show a brilliant ability to tap into the anger of a specific segment of the American electorate to his own benefit.

There are social and economic policies that can be pursued to rectify the issue, but we need a government that works first. If we continue down our current path. The only difference between the Soviet Union's system and ours is one more politburo.