What's the Rate of Return on Investment in Education? Better than Anything You'd Spend it on.

Ronald Reagan once said the most terrifying words in the English language were, “I’m from the government, and I’m here to help.” For its part, the government does a fair bit to live up to that quote. From a $400 billion plane that can’t fly to a bridge to nowhere to a border wall designed to stop the flow of undocumented immigrants - the bulk of which enter the country via our airports - Americans often see their tax dollars turned into eleven digit failures. 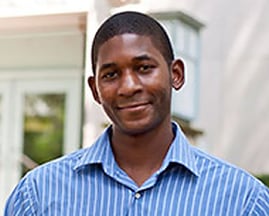 Less frequent are stories of the government delivering a better return on our tax dollars than we could get investing that same money in the stock market, yet this is precisely what Kirabo Jackson, Professor of Education and Social Policy at Northwestern University, has done. In a study he co-authored in 2016, Professor Jackson and his colleagues found that a 10% increase in total per pupil spending in the first 13 years of education resulted in 7% higher wages in the decades that followed. In short - the rate of return on investment in education more than makes up for the money spent in economic output.

You can listen to the entire recording of my conversation with Professor Jackson below, as well as on iTunes or Spotify.

Now, typically, when you start talking about increasing government spending for the benefit of humanity in the United States, it usually results in the widespread revolt of the people who might benefit from it, so I’m going to break down the cold math of Professor Jackson’s study so we can all take comfort in the fact we can do it because we’ll make more money, not just because it’s the right thing to do.

Right now, there are approximately 50 million students in America’s public schools, with median per pupil spending being $11,763. A 10% increase in per pupil spending for every student in America would translate to an additional $1,176.3 per year, or $14,115 over 13 years of education - from kindergarten through high school.

Multiply that times 50 million, and you have an increase of approximately $58 billion per year, or $764 billion over the entirety of a student’s K-12 education. That’s a lot of bridges to nowhere.

Multiply that by 50 million, and there’s an additional $118 billion per year in earnings - $59 billion more than we spent per year on education and approximately 6% of our current GDP. Add to this the fact that that increase in earnings will pay out over the course of approximately 40 years someone spends in the workforce, as opposed to the 13 years someone is being educated, and the total return on our meager investment of $764 billion is a hair under $4 trillion, when all is said and done.

To put that number in perspective, we spent $2 trillion on the War in Afghanistan, the sole product of which is a peace treaty that seems to involve the Taliban still shooting at us.

One other thing to keep in mind - Professor Jackson’s study showed that increases in school funding had the greatest impact on students from lower income families, and that impact decreased as income increased. These students also went on to have lower instances of incarceration and adult poverty - meaning a focus on increasing funding in lower income school districts would not only result in an increase in lifetime earnings, but also decrease less productive spending on said students in adulthood.

Given these students also receive, on average, the lowest amounts of per-pupil spending, the costs would be lower than my estimate above.

Professor Jackson’s study not only highlights the benefits of increasing state and federal funding for districts without the same tax base as wealthier communities, but also raises a question as to whether our perspective on government spending, on the whole, is flawed. We fund government with the idea that having a little less money to spend on a bigger flatscreen is worth having a police department who’ll show up when someone tries to the smaller one you can afford after taxes.

The real bridge to nowhere seems to be underinvesting in programs with a clear economic payout in the future under the mantle of fiscal responsibility.

From this perspective, the most terrifying words in the English language are, “I’m from the government, and I’m here to save you money.”